Happy Monday to all. I would apologize for not being more diligent on the blogging front last week, but I don’t think the 5 people who accidentally find their way here once a day really care.

This morning I ate a bagel. If you’re a New Yorker/Jew (I am), that doesn’t sound terribly exciting, but I was thinking about how many people across the world and even in this very country don’t fully understand bagel culture. You see, most major cities are usually famous for some type of food. Philly has the cheesesteak. Chicago has the Chicago dog and deep dish pizza. New York has the bagel (sidenote: we also have the New York slice, deli-style pastrami sandwiches, halal street meat, etc… but let’s focus on the bagel). For New Yorkers, the bagel is more than just a food, it’s a cultural icon. Bagels are as New York as jaywalking, Biggie Smalls, The Yankees, and homeless people. Pretty sure those 5 things would kick the crap out of the most representative 5 things from anywhere else (challenge to any readers to send me their city’s top 5). So what’s the deal with bagels and why are they so inherently New York? Today, we discuss.

For starters, bagels are in fact a jewish “thing”. They actually originated in Poland, with the first mention of a bagel dating back to 1610. From wikipedia, “traditionally shaped by hand into the form of a ring from yeasted wheat dough, roughly hand-sized, which is first boiled for a short time in water and then baked. The result is a dense, chewy, doughy interior with a browned and sometimes crisp exterior.”

Yeah, I know… you’re so smart you already knew that. Well did you know this?

“The basic roll-with-a-hole design is hundreds of years old and has other practical advantages besides providing for a more even cooking and baking of the dough: the hole could be used to thread string or dowels through groups of bagels, allowing for easier handling and transportation and more appealing seller displays”

Functional and delicious! Us Jews think of everything.

Some other bagel fun facts:

Bagels have been to mother fucking space!!! At this point, I’m pretty much waiting for bagels to enter the 2016 United States Presidential Election.

There’s other info out there like how there’s apparently two distinct styles of bagels (New York and Montreal), but we’re not going to even validate Montreal by talking about it. Also, I want to shift from bagel history to giving you my personal bagel thoughts.

First, there’s only one kind of bagel out there that matters. The everything bagel (pictured above). All real bagel connoisseurs know this. For those that don’t know, an everything bagel is coated with a seasoning of dried and minced onion and garlic, poppy seeds, sesame seeds, and salt. If you’re visiting New York and want to eat a bagel, this is the one you order. Next, you get it with vegetable or scallion cream cheese. Those varieties really complement the everything seasoning. Personally, I’m also a big fan of lox/nova salmon, but I’ll leave that to your discretion.

Now listen carefully to this next part. If the bagel is fresh, DO NOT TOAST. You’re getting the bagel in all its soft, doughy glory. Why do you want to ruin that? The only time to toast is when eating a slightly old/stale bagel. Toasting actually brings back some of the softness to the bread. Once again, a fresh bagel is already soft as a baby’s ass. If you toast that shit, you have revealed yourself to be a novice and I can’t trust you.

That’s pretty much it. For those of you wondering what my go-to bagel spot is in the city, it’s Ess-a-Bagel on 3rd ave btwn 50th and 51st. Tell them Jaliner sent you. 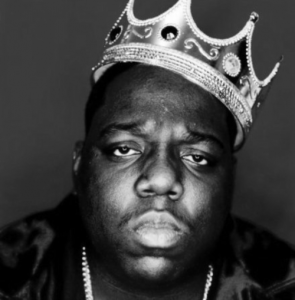